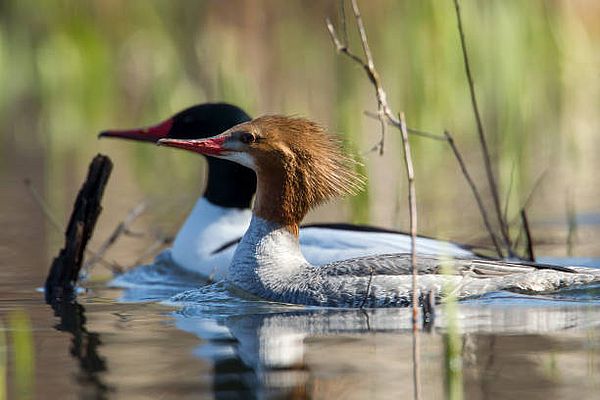 At this time of year, the lake is very quiet, but today we spotted 4 Common Mergansers. According to The Cornell Lab of Ornithology, Common Mergansers are “… large, long-bodied ducks with thin, pointed wings… with bills that are straight and narrow, unlike the wide, flat bill of a “typical” duck.”  They are usually found on freshwater lakes and rivers. They spend the summer breeding season in the far north, migrating south to the northern and western US for the winter, moving only as far south as necessary to find open water.  They prefer freshwater habitats though can sometimes be found in saltwater estuaries during the winter.  Today, we saw four on the lake: two males and two females.  If you’re out at the lake this week, you may catch sight of them.